And then there was me 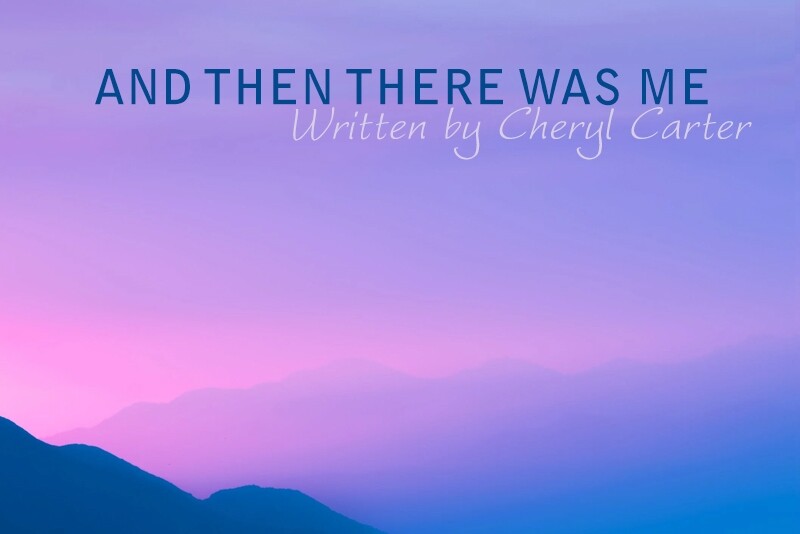 Hello and welcome to my first ever blog.

I am Cheryl, Mum, Dad and carer to my two, not so kid like kids, they are George and Bridgitte 21 and 18 years respectively.

My life has always been stressful. I have been a single mum for the past 14 years. Being a single mum is hard enough, but being a single mum to someone with Tourette’s is on another level. That’s George, for the best part of 10 years he had rages like a two-year old’s tantrums, but they go one for hours and are exhausting to both he and I. Luckily his Tourette’s calmed when he hit puberty and he is just George with a few motor tics. Some of you may have seen him photobomb a zoom session, he’s ace, if a little unpredictable! 🙁

Then there’s Bridgitte, Bri from now on, the most independent baby toddler infant you could wish for. She would spend hours just sat playing with toys, albeit the majority of them belonging to her brother. A super intelligent child who won best all rounder medal at her primary school leavers assembly. Excelled when she moved into senior school with headteacher award nominations and teachers asking her to pick ‘their subjects’ when it came to choosing her options. She’s musical, plays clarinet and saxophone.

Then suddenly one day when she was 14, complained of pain in her side. It was a summers day and she was wearing a crop top and shorts, she didn’t look right, so I took her to get checked. They thought she strained a muscle and that she’d be fine in a week or so. What we didn’t know was that strained muscle, was a muscle going into spasm that would never release. It pulled her spine into a scoliosis, but not one that anyone had seen before! It’s not massive but causes lots of pain and she has mobility issues because of this.

At the time, I had my dream job, it wasn’t much but to me it was special. I worked on the beautiful campus that is Trent College in Long Eaton. I fed the ravenous 6th formers when they had a break from their studies. They were mischievous but fun to be around. It was a job I could see myself retiring in, but with countless medical appointments and school being unable to cope with Bridgitte’s pain, I had to give up that job! My job, the job that made me be me, have a friendship circle, have my own earned finances, all gone because school couldn’t cope!

So, for 18 months Bri was homeschooled with me chaperoning and then going to which and whatever appointments happened. Many happened several times a week. I was lost, I had lost my identity, my mental health and my ‘so called’ work friends. Everyone fell by the way side and I was no more than a carer. A carer who had to advocate for my daughter at every appointment, with every specialist and we’ve gone round and round and then I stopped! In all of this, I had forgotten to care for the carer and I was getting more and more poorly until I stopped! I took a break from all the appointments and just concentrated on getting better. Bri had turned 16 and even tho She was only getting 5 hours of tutoring a week, she passed all 7 GCSEs that she took, 5 of them with the highest grade she was put in for. I said at the beginning she was Bright! She could go to 6th form.

With less hours she could manage, but it meant taxi-ing her to school in the morning, home an hour after back again, in the afternoon and to whatever appointments she had as well. Something had to give and again that something was me!

Bri was also falling behind in her subjects and her attendance was horrendous, as other health issues popped their heads up and mine were just kept at simmering point. We had a discussion and she dropped a subject at 6th form. It was the best thing for both of us. I had one or two hours a week where she could be left and I wanted to make them count.

I knew that Fibro Active were running tai chi sessions down at Petersham Hall, and I wanted to do something that would help me relax but also strengthen my body because all I was doing was sitting, either in a car, in a hospital chair or at home trapped.

I’d had my own muscular skeletal issues for 30 odd years, with 20 years paying osteopaths and acupuncturists out of my earning but, now they were gone. I’d had spinal surgery in 2013, which was a complete success but they didn’t provide me with physio afterwards, which left the wrong muscles doing the wrong jobs. I had tendons ceasing up at the sight of a repetitive task. Everything was going wrong. I saw physio after physio and the exercises to strengthen one, would cause an issue with another, until I met my last consultant physio. They explained the last 30 years of my life in two sentences; your muscles have increased tone and are never at rest.

It was like a lightbulb had been turned on, that’s why I had chronic fatigue. He recommended you’ve guessed it, tai chi. So, I arranged to start the new Yang style course that was starting only a couple of weeks later. In the meantime, I’d asked my doctor to refer me to rheumatology on the advice of the physio.

The day of the first session of tai chi came around, and I meekly made my way into the hall and sat by myself. I wasn’t used to doing people! People scared me, but I stayed and we did some warming up, and some qigong and learned how to walk in a way that’s now very familiar. Week 2 came about and I learned a bit more, and a bit more week by week, I couldn’t get it!! I was so angry and frustrated with myself because my elderly mum knows two forms all the way through, and I was likening myself to her. I was beyond frustrated, but I kept with it after Julie’s encouraging words.

In March, I had my rheumatology appointment, she went through my physio’s findings and asked for a detailed history and found a whole bunch of other things. I’d thought about these before, but filed away as age or women’s or whatever. She ordered some bloods and did some feeling around my legs and came out with ‘I think you’ve got fibromyalgia darling’. I’d thought so too for the past 2 years, but the words coming out of her mouth were like daggers to my heart.

It’s strange when you believe something one minute, then want to disbelieve it as soon as you hear it said. Blood results were in, nothing shown, nothing ever was! Then it plopped on my doormat on March 9th, the letter. The diagnosis in writing. I was gutted! For the next few weeks, I did everything I could to prove I hadn’t got it, I was in complete denial.

Then lockdown happened and tai chi was moved to this video platform that no one had ever heard of before. Julie and Jane had masterfully arranged a timetable of video tai chi classes and because we couldn’t go anywhere, they did more sessions a week. I was getting better at it and feeling better too. The usual Tuesday morning Fibro Active sessions that I struggled to get to, were in my living room, and at the other end were a bunch of supportive ladies who understood how I was feeling, because they’d probably all felt that too. I suddenly felt like I belonged and people understood, all the injuries I got all the fatigue and downright exhaustion – they understood, and being able to open up about my feelings made me understand too.

Tai chi has helped me find a calmer mind, a space to be free from my worries and duties as for Fibro Active, I’ve not been here long but I know it’s where I belong. 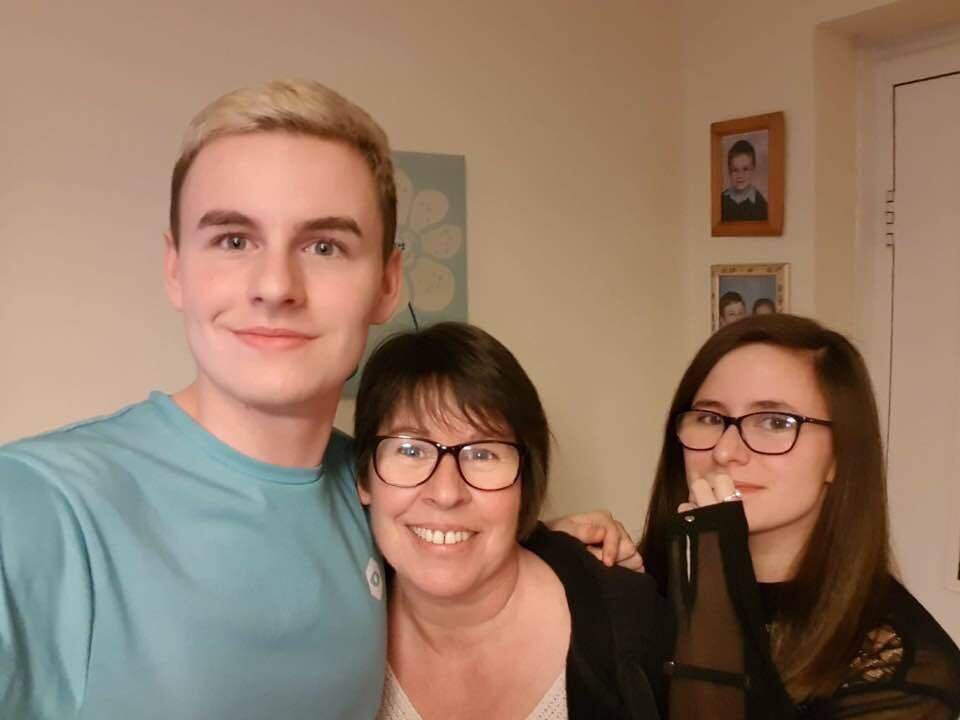 Cheryl and her two children, George and Bri

George features very little in my blog but without him, I wouldn’t be here to tell my tale, he’s my rock, he catches me before I fall. Funny how the roles have changed so.